Here is a photo essay of our day at the Springfield Mile 1, May 24, 2015. It didn’t go as well as we had hoped primarily due to some clutch issues, but we are encouraged by the overall performance of the Bonneville Performance Super Trackers under the skillful riding of Jake Shoemaker #55. 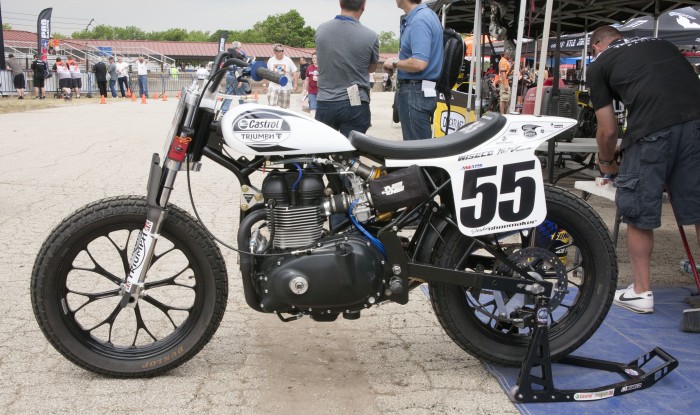 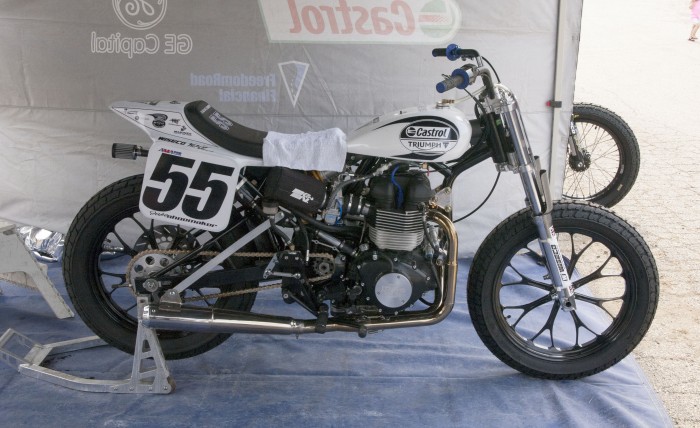 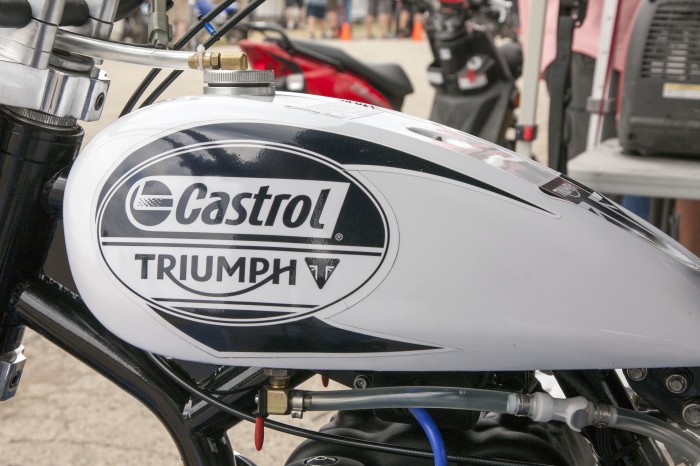 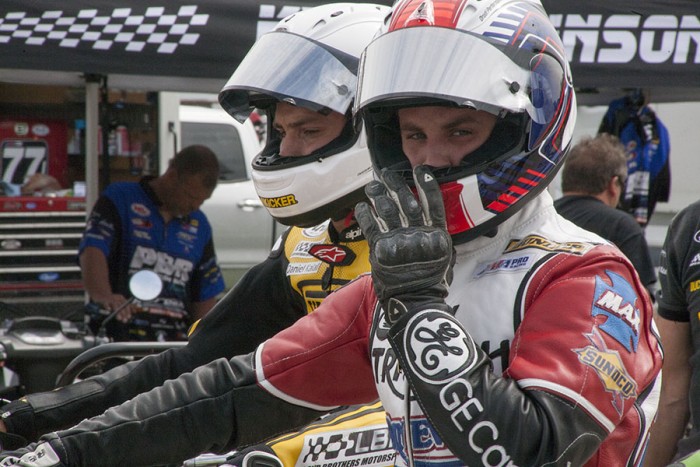 Jake on one of his passes by the Illinois State Fairgrounds grandstands. 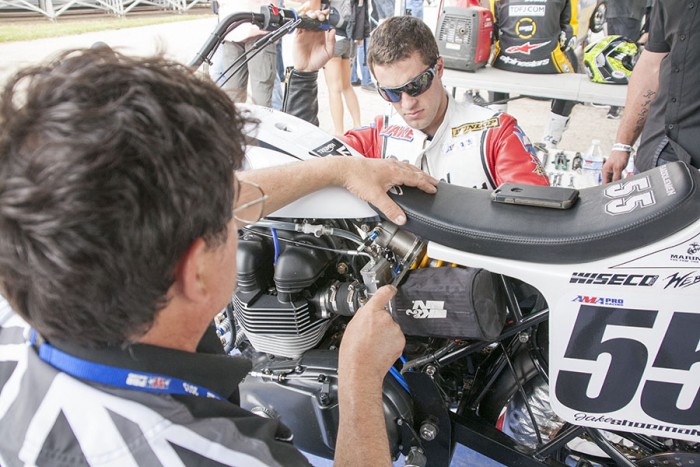 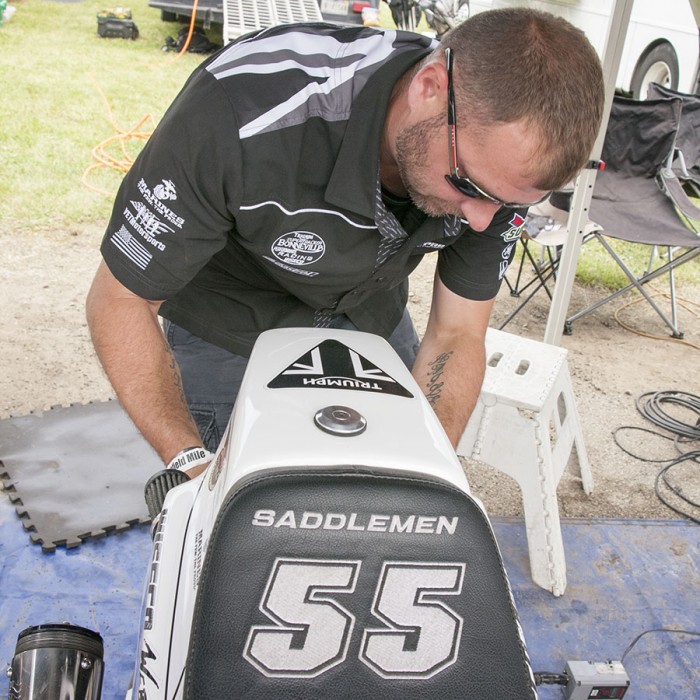 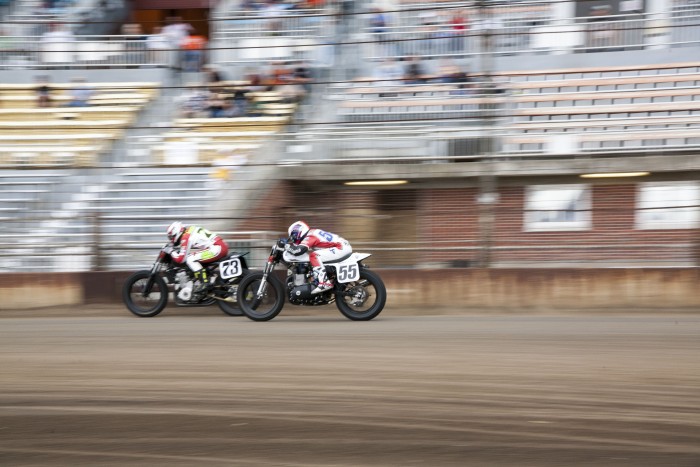 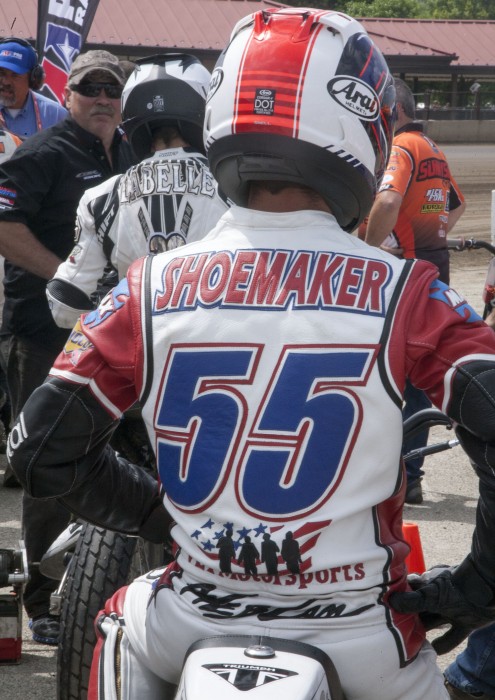 Lining up for a race. 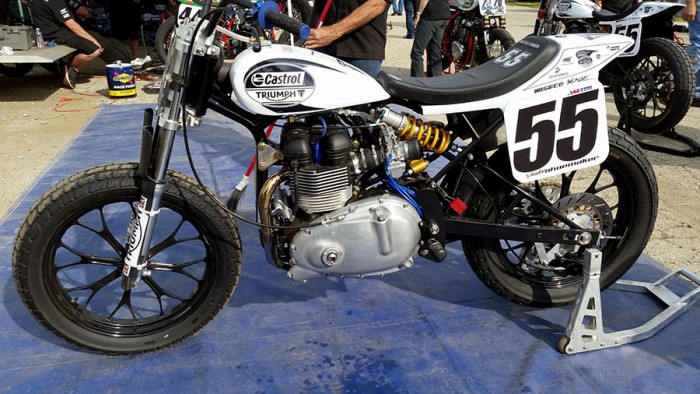 Another view of the backup bike, that did not get used because we were able to replace the clutch on the main bike between races. 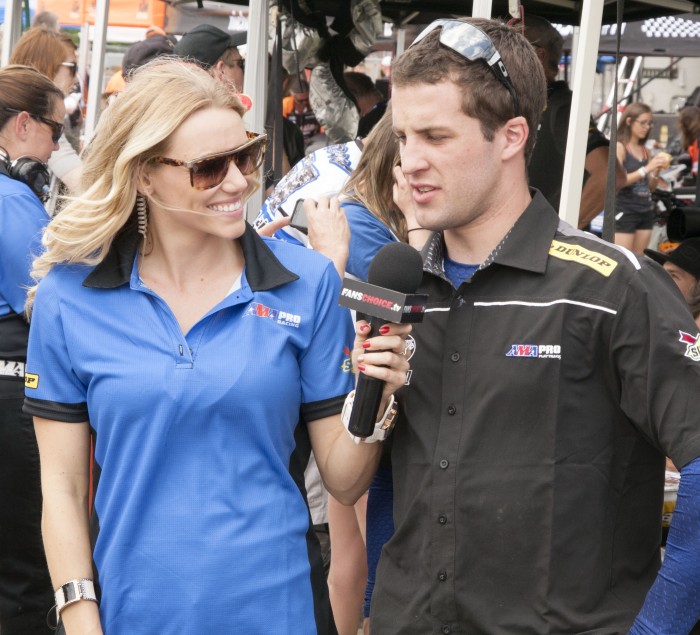 Jake giving a live, on camera interview between races 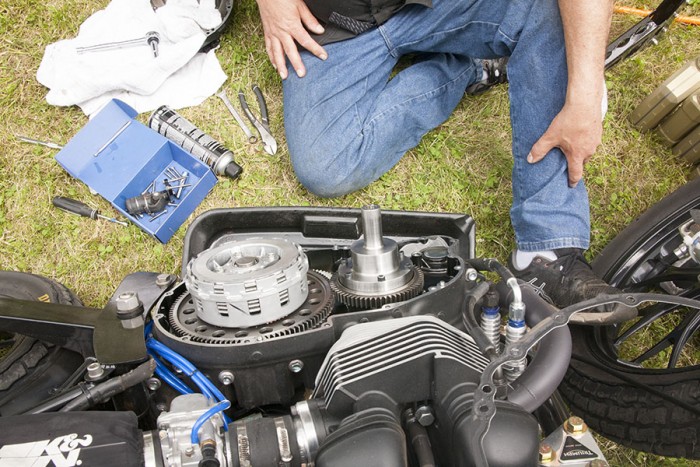 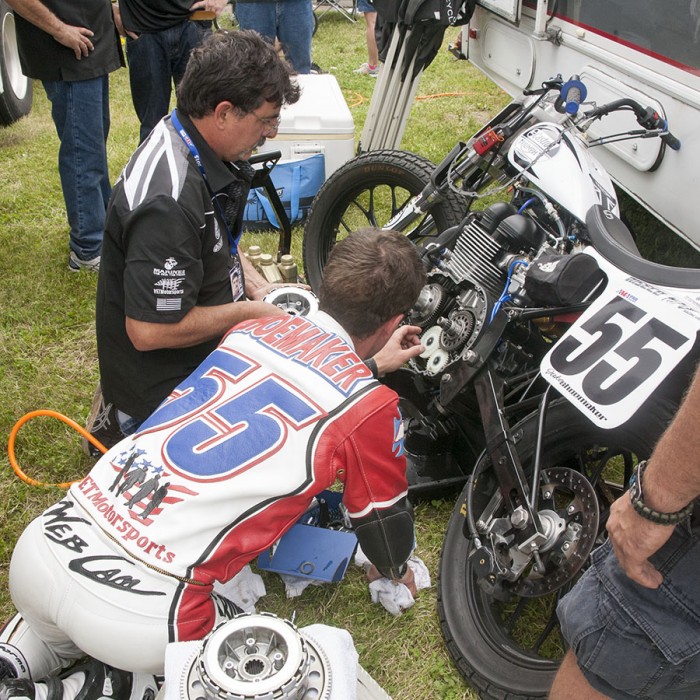 Not only is Jake a superb rider, he is a skilled, “hands on” mechanic giving valuable feedback to our pit crew between races, and helping to solve problems.

Here Jake is testing the BP Super Tracker after installation of a new clutch between races. 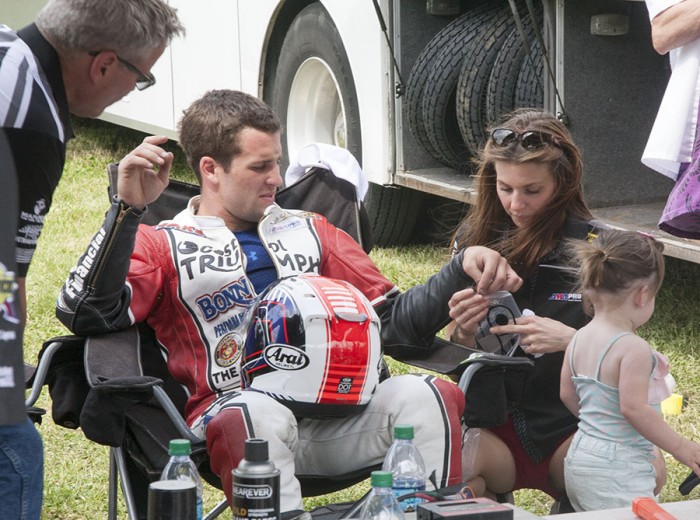 For us, racing includes family. 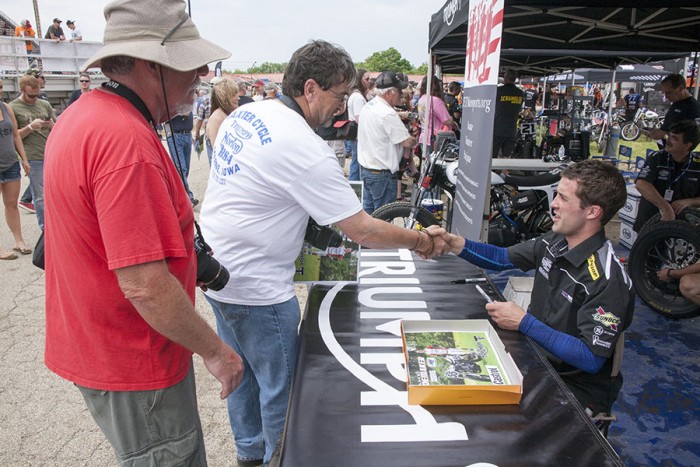 During open paddock we appreciate the many fans who come by the pit area for autographs and to cheer us on! 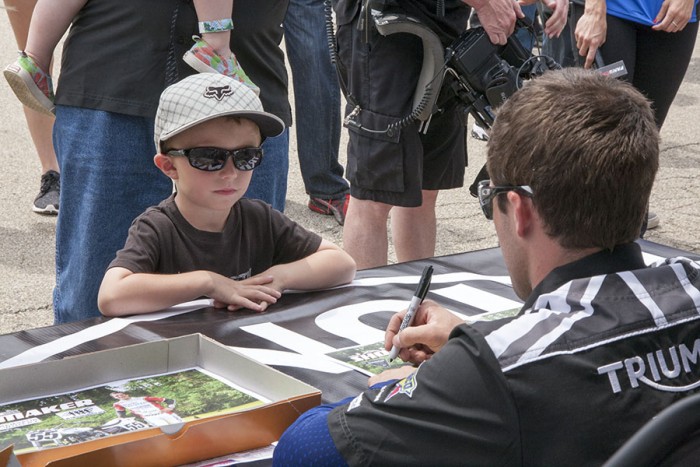 And that is fans of all ages! 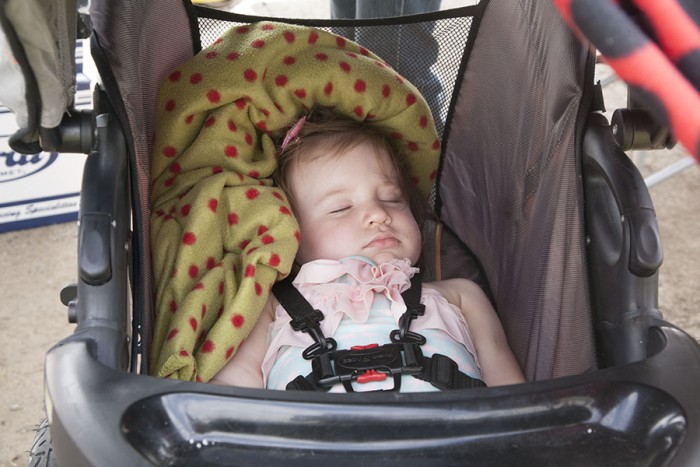 Some of us just couldn’t last the whole day…! 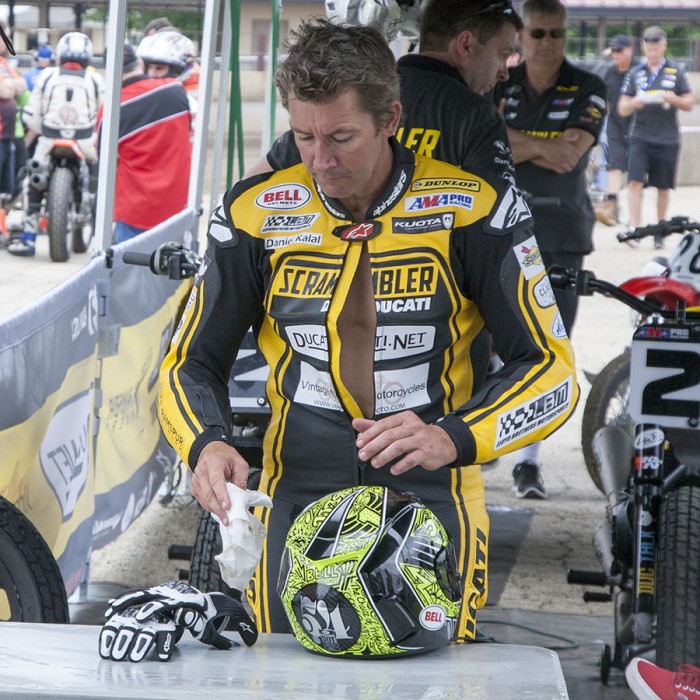 Our next door neighbor, Troy Bayliss riding a Flat Tracker based on the Ducati Scrambler platform. 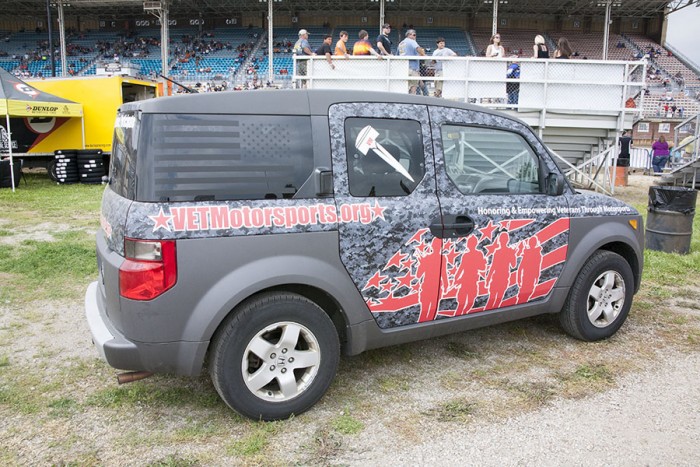 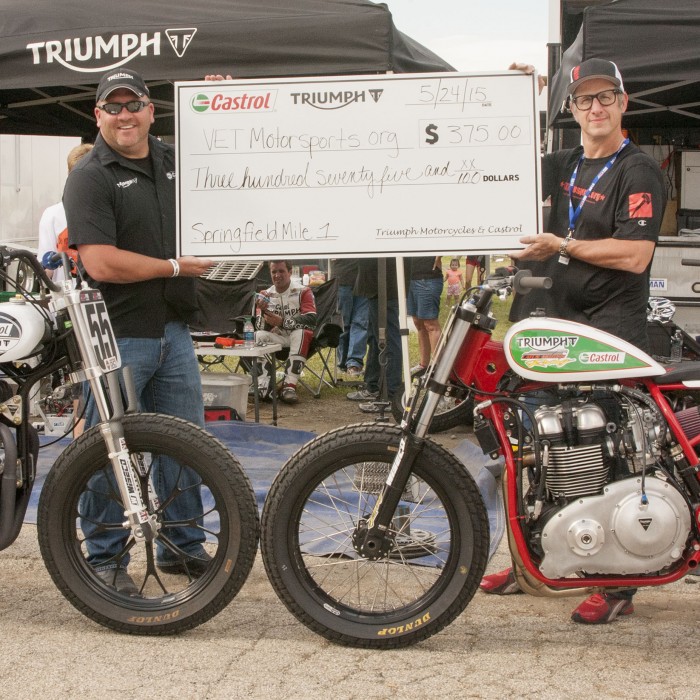 Chris Karr representing Triumph presenting a check to Peter Cline of VET Motorsports as a part of Castrol’s VETMotorsports Performance Match Fund, which awards bonuses to VETMotorsports based on participating teams’ on-track results in 2015. 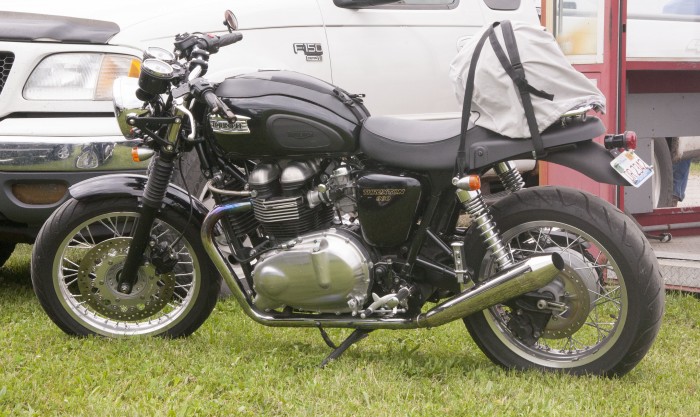 Our Bonneville Performance webmaster rode down to the race from Chicago on his 2012 Thruxton.